The article demonstrating how to use an OFH correct for aberrations introduces these operands, but neglects to tell you where they come from or how they're used. When you select Add Hologram Variables, you get an entry for every item in the accompanying 2 files that has been made a variable. Note the entry File # that tells you which hologram file the variable is from: 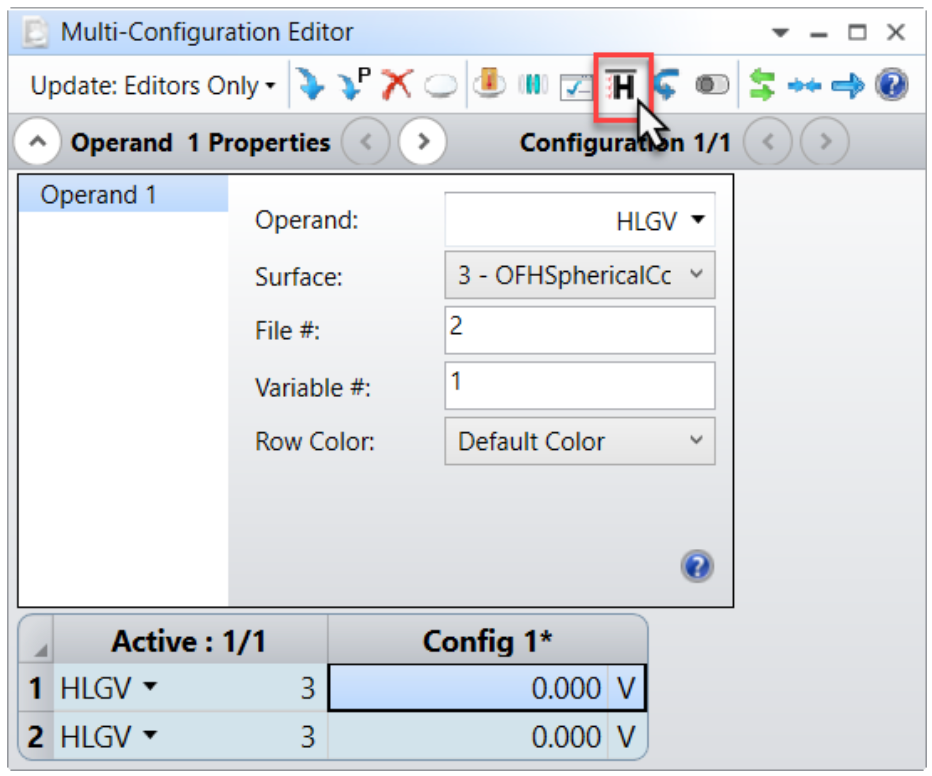 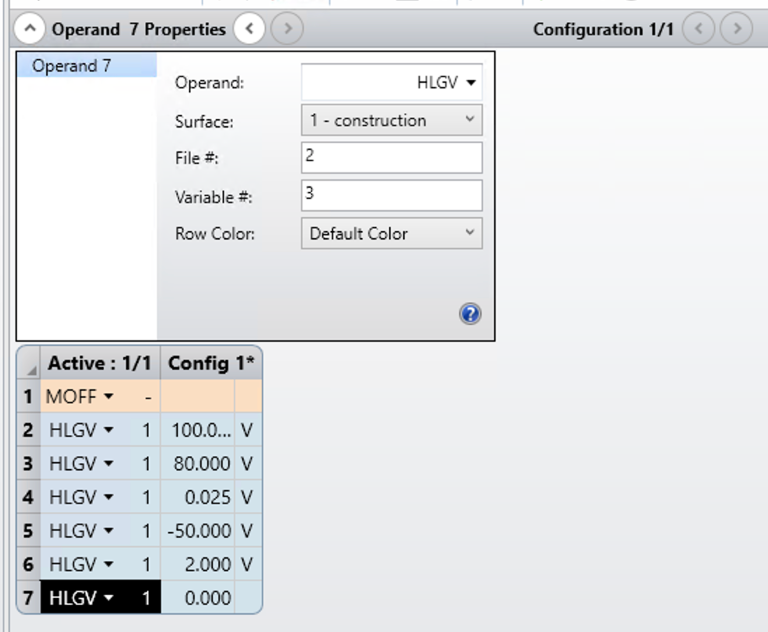 Frustratingly, they don't tell you where the Variable # comes from. It is located in the respective construction files under Prescription Data. Scroll to SOLVE AND VARIABLE DATA. 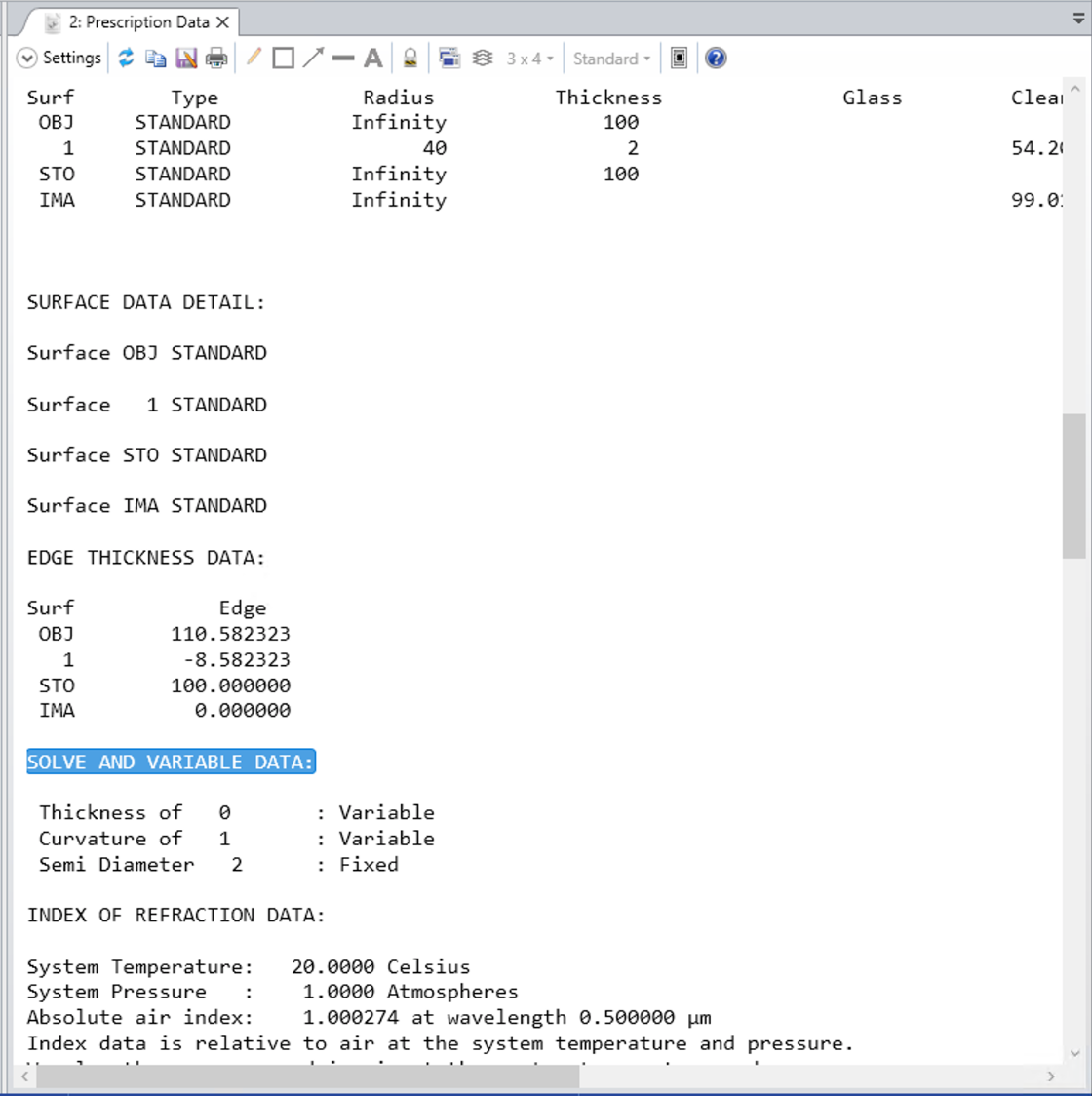 The variables are listed in order and seem to be the only thing that is imported with the HLGV operand.

Something else frustrating is any radius of curvature is modified to be 1/Radius. Note in the prescription file above, the second variable is Curvature of 1. This is reflected in the readout file as File # 1, Variable # 2, and is displayed in inverse mm, instead of the mm from the original construction file. This just makes it hard to keep track of the variables flying around:

Some of this is in the documentation for the operand, but there really should be more coverage: 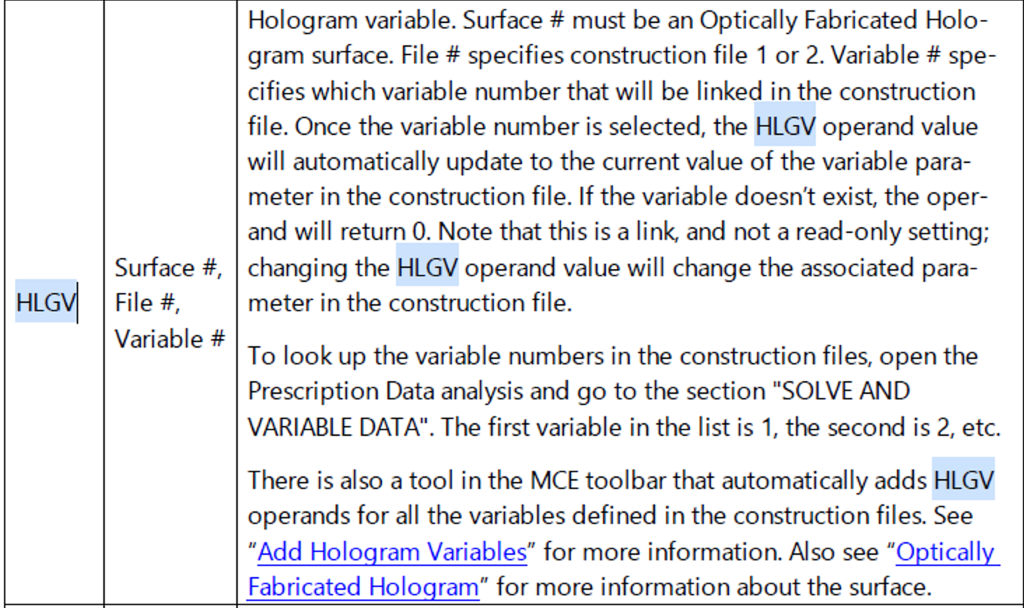 Thank you for your remark and for reporting it. I'll have a look at the article and see what needs to be updated.

been one year since somebody reported it, still no changes have been made to the article. i am having the similar issues. I would like to add that the article seems incomplete as it doesn’t actually end with final abberation free lens. Please see to this...

when i changed ofh back to standard surface, it became what it initially was. what was the point of article then?

Enter your username or e-mail address. We'll send you an e-mail with instructions to reset your password.

Sorry, we're still checking this file's contents to make sure it's safe to download. Please try again in a few minutes.

This file cannot be downloaded

Sorry, our virus scanner detected that this file isn't safe to download.